In this post: How to make a round pallet style French industrial ottoman from scratch…including making your own printed fabric!

Our french industrial ottoman is a cute little number, isn’t she? 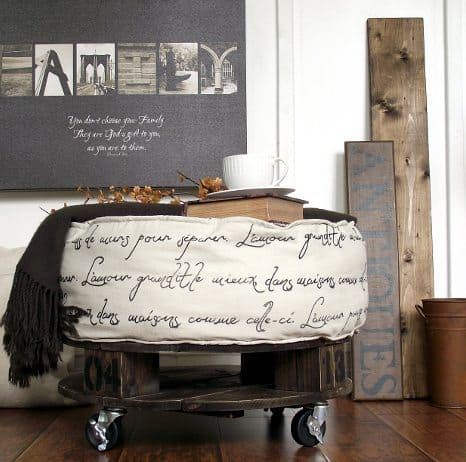 Okay, let’s begin at the beginning. 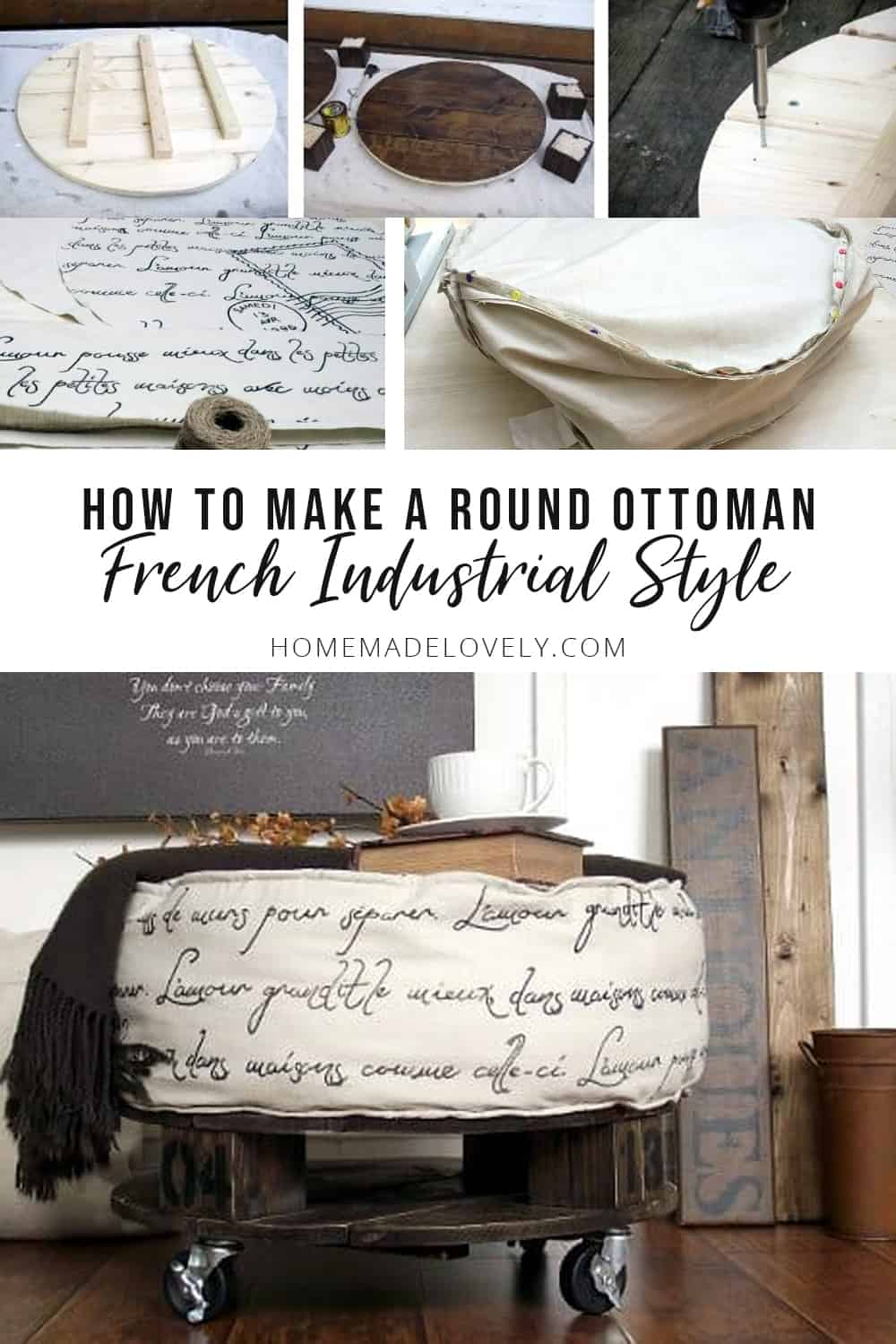 Since we didn’t have any ROUND pallets kickin’ around (she says with a cheeky grin), we had to create one. Once again we used up some off-cuts from our headboard project.

Dean laid out the wood on the deck and using a pencil, nail and string, drew TWO 22″ circles. Then he cut each piece with his jigsaw (thanks, Mom!).

Using some thin wood (also leftovers), Dean fastened the pieces together to make TWO circles. He also cut four 3.5″ blocks from a leftover 4″x4″. At this point I stained all the pieces. {If I’d waited until it was “built”, it would have been awfully hard to get a brush in the small spaces.} Once the stain dried, Dean stacked all the pieces like a sandwich – large circle (wood strapping down), blocks and then second large circle (wood strapping up) and screwed them all together (bottom, flip, top). 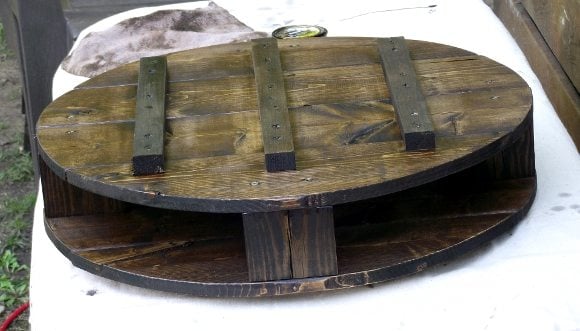 Dean attached some industrial casters underneath each of the four block for support and function. I used our pencil transfer method to mark some numbers on each block – 04.13.19.96. Our anniversary! Then I filled them in with my trusty black paint marker and gave the whole thing a light sanding to distress. 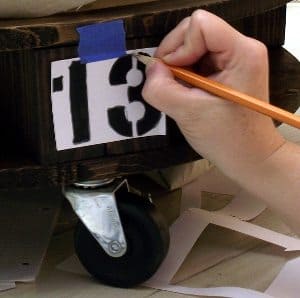 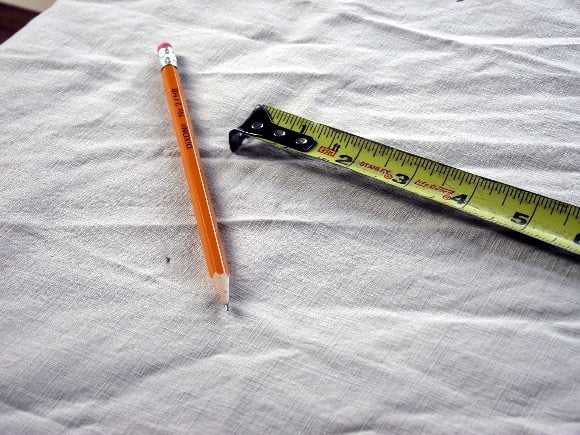 And after tracing our french script directly off my computer screen (again!) onto some white paper, I taped the paper and fabric to the window and traced using – guesses? – my paint marker.

***UPDATED: We had some questions about which font we used for our french script; it is Before the Rain. Do a google search for it if you don’t have it, k?! 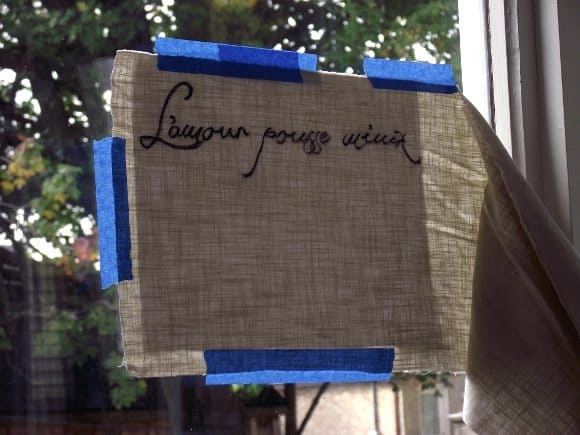 Would you like to know what the french script says? It’s actually part of the lyrics to one of my most favourite old country songs {yes, I said country!} – Little House by Doug Stone. I used google translator to translate it into french and I used only part of the lyrics because I was hand-painting the fabric and didn’t want to be painting for days! 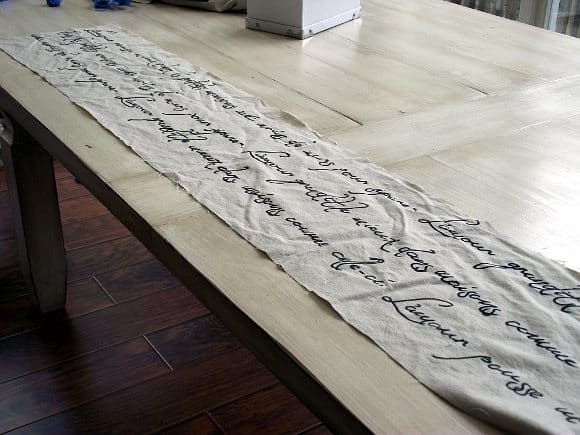 Anyway, moving onto sewing. Gah, this was a little tricky because I can pretty much sew a straight line. And not much more.

I made the piping by sewing (a straight line) some jute into the 70″x2″ rectangles. 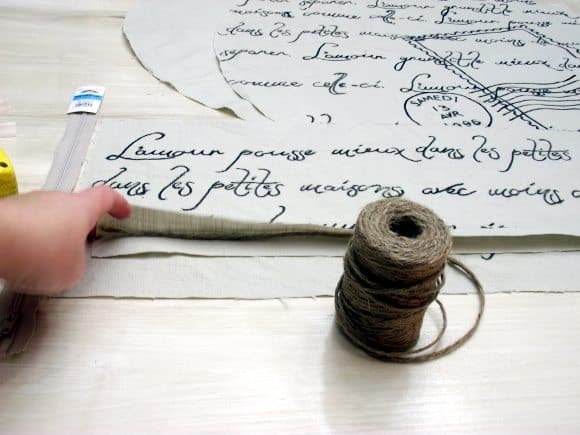 I sewed a zipper (don’t get me started on zippers) to join the two ends of the 70″x9″ rectangle (to make a big circle).  And pinned everything together right sides in. Be sure to open the zipper a bit so you can turn it all right side out again after you sew it. Um, yes, I tell you this because I know. 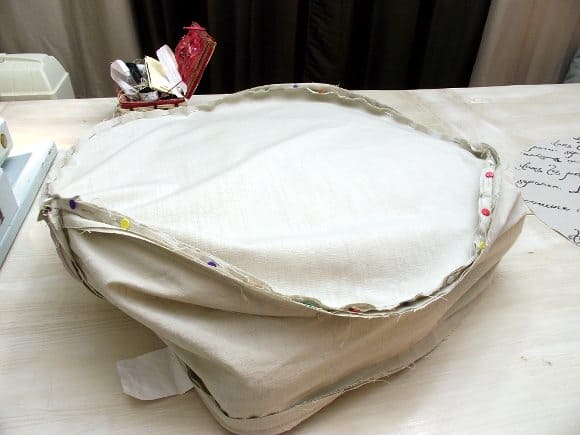 When it’s all sewn up, turn right side out. Using a staple gun or glue gun INSIDE the empty cushion, affix it to the ottoman’s wood top all around the edges especially. Then just stuff and zip closed. 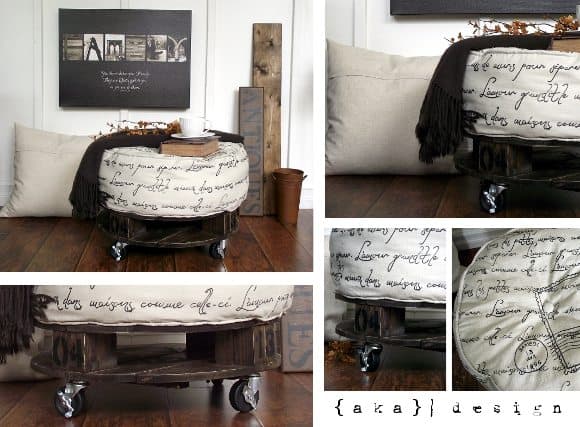 And there’s our French Industrial Ottoman! Any questions!?

Welcome! I'm Shannon, author and founder of Home Made Lovely. I teach mommas just like you how to create the home you've always wanted.
Find Out More 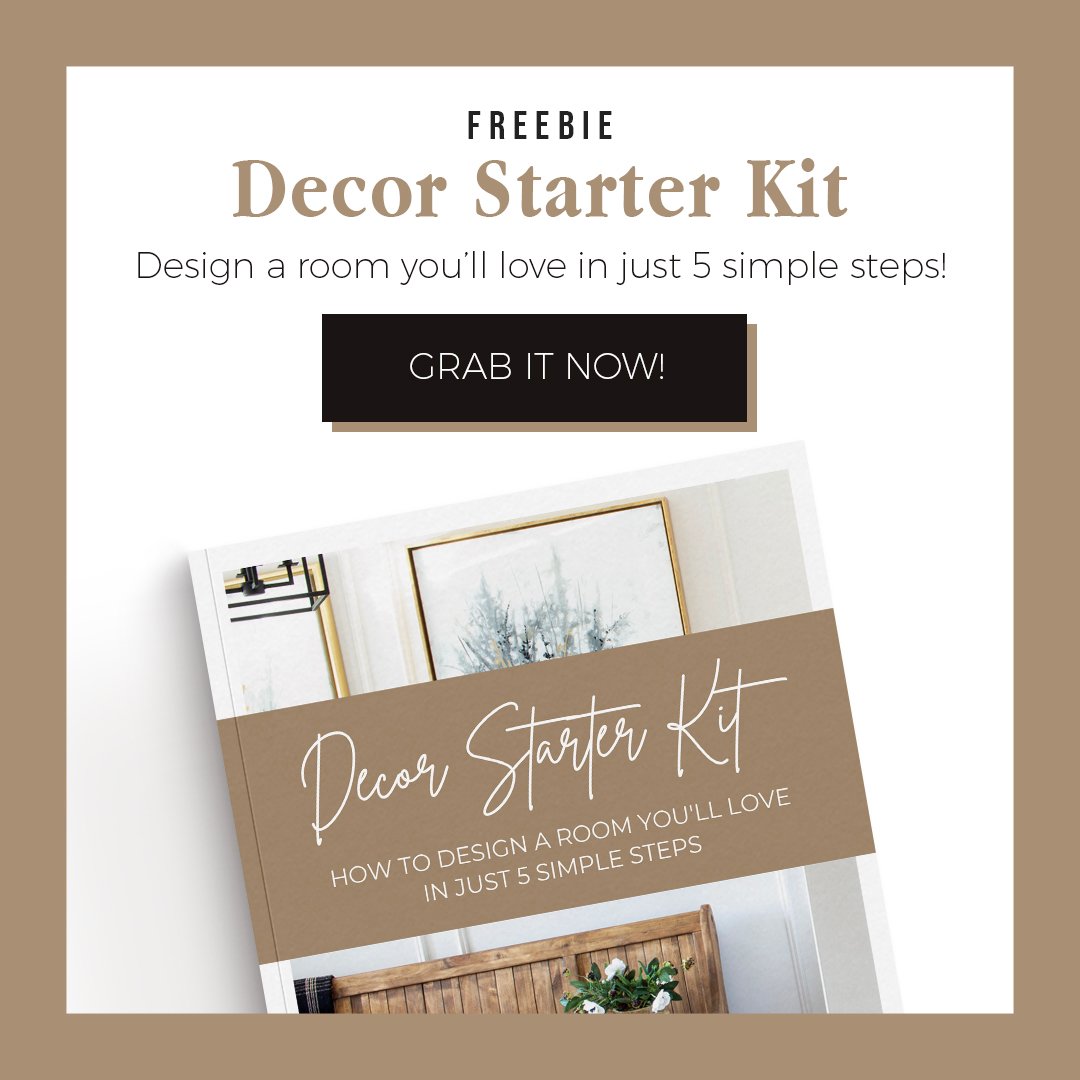